"..a lost manipulated cassette from the 80's. Over the years said cassette has collected dust, witnessed broken dreams, the souls of young teenagers in-love, and possibly moved from house to house. One day, you find the cassette. Naturally, out of curiosity, you will place the cassette in a tape player (assuming you still have one of those) and you will press play. Your entire life will flash before you're eyes, you're not about to die. You are reliving your memory through the distorted sounds of dusty tape.." 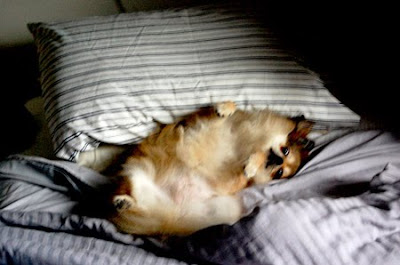 A Sunny Day In Glasgow Bio:
A Sunny Day in Glasgow began as a collaboration between friends Ben Daniels and Ever Nalens, both of whom had recently returned to Philadelphia after several years in the UK. The band name came from Nalens, who had been living in Glasgow, and Daniels kept it after Nalens left the project. In 2006, Daniels asked his twin sisters, Robin and Lauren, to start singing on the songs they had been working on. In March of that year the trio self-released The Sunniest Day Ever EP to great acclaim from college radio stations and blogs. Their debut release, Scribble Mural Comic Journal, came out February 2007 and received favorable reviews from Pitchfork and Drowned in Sound among others. Scribble Mural Comic Journal was recorded with one microphone in a bedroom in West Philly and pushed the boundaries of dream pop often drawing comparisons to My Bloody Valentine and Cocteau Twins. During the summer of 2007 the band toured the United States including in-studios on KEXP and Radio K and released a handmade tour only EP titled Tout New Age which was subsequently released as a digitally only EP. A year later the band emerged for a performance at the Whitney Museum as part of the Wordless Music Series and an in-studio performance on WNYC. A month later they toured across the UK and France which was celebrated with a string of 7”s coming out labels as varied as Slumberland, Disjuncture and Georgraphic North. Shortly following their tour, Ruined Potential released SMCJ in a limited edition on 180 gram double vinyl. Though only playing a few shows stateside after their European tour the band shared the stage with such luminaries as Telepathe, M83 and Asobi Seksu. During the fall of 2008 the group - now comprised of guitarist/drummer Josh Meakim and cellist/vocalist Annie Fredrickson - assembled in a dance studio space in rural New Jersey to record their sophomore album. Their new album, Ashes Grammar, expands on the dream pop themes of SMCJ and finds the band experimenting with recording techniques a la Alvin Lucier. Ashes Grammar will be released worldwide on Mis Ojos Discos on September 15, 2009 and will be available on a cd, as a download and on a limited edition double vinyl.

Hello, how are you?
BEN: Ok

What are you currently listening to?
BEN: I just today got that "2 Suns" album by Bat For Lashes.
JOSH: Ive been listening to the new Fever Ray album tons, as well as the new High Places/Soft Circle split. I just got Ecstacy and Wine on vinyl and Im super into that. And Webley Edwards present Hawaaiin lounge music. Pedal steel and vibes together are soooo sexy. Those are my most recent faves.
ANNIE: Magnetic Fields

What’s the story with the band name?
BEN: It rains all of the time in Glasgow, and when it's not raining it's overcast. so when the sun comes out it's totally amazing. like taking drugs or something. it's really pretty great if you aren't used to that kind of gloom.

How long have you been jamming with family? Did you all grow up listening to the same music?
BEN: The familial jamming has only existed as long as the band has. we all grew up playing instruments, but never together. i think REM is probably the only band we all really like alot.
JOSH: I dont know if I can answer this question? I recently was added as an honorary Daniels so maybe. Ive known Ben for a long time and we like alot of the same music for sure.
ANNIE: Well, I am part of Ben's spiritual family, I suppose...but before that, my dad and I did recorder/cello duos. Once we performed at my aunt's wedding in Wisconsin. My mom cried.

Do you feel comfortable being labeled as “Dream Pop” or…?
BEN: I don't mind, it's not something I have much control over so there's no use really worrying about things like that. i don't really like any labels tho, hopefully people will listen to it and make their own judgements.
JOSH: This is a popular question! There is a totally generic answer to this... I guess we have structured songs with alot of weird sounds happening. Things are all hazy and obscured sometimes, like in dreams, so I guess it makes sense. If it makes people listen then go for it.
ANNIE: I am not comfortable with labels in general, so this is as good as any, I suppose.

Your newest album “Ashes Grammar” is almost out, has your sound changed much since “Scribble Mural Comic Journal”?
BEN: I don't think there is a huge difference between the albums, but there are alot of different people singing on Ashes Grammar. Also, everything on SMCJ was recorded direct-in for the most part while on AG everything went out into the room first. In terms of sound, AG may have a bit more depth. Also also, there was not a single song on SMCJ that had real/live drums, it was all samples and drum machines, but AG has lots of live drums.
JOSH: Yes! We recorded it in a big room. We have nicer equipment now. I was not in the band before either and I think I add a little something extra maybe? This album is a little more dark in theme and musically as well. It was winter and fall and we were listening to spooky music. We were far away from out friends every weekend and totally immersed in making music. All of this factored into the way the record turned out.
ANNIE: Immensely! I am on the new album, for one, and it was recorded in a very different space. Also less poppy, more...fuck, I was going to say dreamy. That's the power of suggestion for you.
Can we expect a US tour shortly after?
BEN: It's in the works. There are a lot of things we need to sort first, but hopefully in the late Fall we will get out there.

You can only keep/listen to ONE album for the rest of your life ..which album would it be?
BEN: I am really bad at these questions. I think i would have to let someone else pick for me.
JOSH: I chose death.
ANNIE: Probably some kind of opera, because that way if I got sick of the music there would still be the story. Or maybe a rock opera. Quadrophenia?

Are you living your dream?
BEN: I don't think so, but I am not working a day job at the moment, so it could be worse.
JOSH: Oh man...absolutely not. What I really want to do is find a big box of money. But being in a band with my friends is a pretty great second choice.
ANNIE: Quite literally. Everything in the universe is an invention of my mind. Soon I will wake up and destroy it all. Sorry.