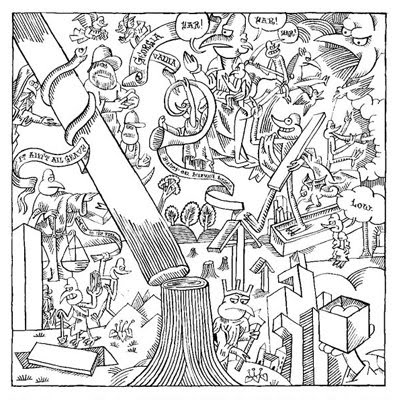 7 out of 10
Find it here.
"My dad's name is Willie Gilyard, and his dad's name is Willie Knighton. And they're both from Georgia," explains Janeiro. Meanwhile, the "Isz" comes from the 90s MTV cartoon The Maxx, where little carnivorous monsters called the Isz plague the titular superhero. It's inspired by Khujo's trademark growl: "Khujo's got a monstrous type of approach where you've got to take him seriously." Willie Isz is Khujo Goodie of Goodie Mob and Janeiro Jarel of Shape Of Broad Minds. Willie Isz's debut album (off of terrific "Indie" Hip Hop label Lex Records) "Georgiavania" has beats that are completely fresh and unique that sway from "OG fun" to haunting to just plain silly, also (gasp), there's no auto-tuner involved..
Remember how Gnarls Barkley's "St. Elsewhere" had a different "style" on nearly every other track? That's about the same idea with "Georgiavania", each song pulls sounds from nearly every popular genre out there and mixes them with the old-school. Most (if not all) of the tracks are upbeat catchiness great for any warm summer drive this year. Some of the tracks are little more "down south dirrrty" good for clubbin'. Either way, you and your friends will no-doubt be impressed with what "Mr. Isz" has to offer you..
If you're searching for a new Hip Hop album to grow fond of, or possibly obsessed with check into Willie Isz. Outkast are already pimping this band and I only expect to hear more and more things about them in the future, I wouldn't be surprised if these guys get as big as (if not bigger than) Gnarls Barkley.
Standout Tracks: Georgiavania, Loner, Spiritual Gladiators, The Grussle (ha! "Celtic-Crunk"), Violet Heart Box, Autopilot, In The Red
Posted by Brent at 5:25 PM