REVIEW: Serena Maneesh - No 2: Abyss In B Minor 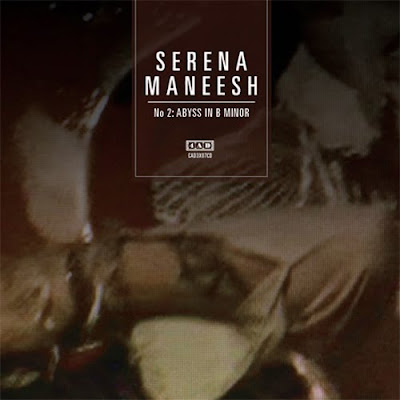 8 out of 10
Find it here.
It's only been about 4 years since the last full length Serena Maneesh album came out but that's a few years too many if you ask me. When S-M's debut self-titled LP came out I was a little late on the ball (otherwise they would've been on my year-end list), but once I finally had the chance to wrap my headphones around them I found it nearly impossible to stop playing the album back to back (to back). Serena Maneesh, for all of you that haven't checked them out yet, are a true delight for fans of Psych Rock/Shoegaze music or even Smashing Pumpkins, had SP focused more on loud noise and a little less on pop. Since the first release S-M have toured all across the globe, released a "B-Sides" album -- which was more of a reissue of older material but still great for the type of buyer that doesn't like paying import prices (I did, but I'm a sucker for bands I become addicted to), and they have developed their sound enough to, in my opinion, make them one of the stronger Gaze bands of all time. For their second album (first for 4AD) Serena Maneesh decide to push the noise envelope even further and even add a few elements of Jazz into the mix. The end result being one of the loudest/most abrasive, yet somehow melancholy Shoegaze albums I've heard since My Bloody Valentine's "Loveless".

"No 2: Abyss In B Minor" is full of LOUD soaring guitar riffs, sustained keyboard notes, clamoring drum beats, dispassionate vocals, and PLENTY of filler noise. Chances are you won't be able to pick up/hear/focus on each individual sound within the albums monolithic walls til not the second listening or even the third, but many listens later. On top of strong production, terrific/abstract compositions, and just being a damn solid Rock experience you will also get a moment to chill out with hazed out fuzzy moments like "Melody For Janna". This album reminds me a lot of "Loveless" had it been composed by Coltrane. Every exquisite noise & note on this album will keep you coming back until you have the chance to really soak in all of it's majestic atmospheres. Maybe it's harsh you're looking for, maybe it's laid back, maybe a little left field rock? Given the right mind-set you will be able to appreciate this masterpiece for all of it's blaring vibrations. Again, this is another one of those albums where there just aren't enough kind words out there to describe how truly great it really is. If this album isn't looked at as one of "the shining moments" in the history of Shoegaze there is something seriously wrong with this world.

Fans of Serenea Maneesh will love this, "No 2: Abyss In B Minor" is in no way a let down, a little more abstract and noisy, but just as enjoyable as the self-titled release. Fans of Shoegaze/Psych Rock should also love this. Seriously, if you don't like this go back to your Kenny G (he's cool right?) and stop reading this blog, this is the kind of music I live for. HIGHLY RECOMMENDED.

Standout Tracks: Oh god, I can't pick a favorite, I love 'em ALL
Posted by Brent at 2:48 PM

Email ThisBlogThis!Share to TwitterShare to FacebookShare to Pinterest
Labels: jazz, no 2 abyss in b minor, psych rock, serena maneesh, shoegaze