REVIEW: Clogs - The Creatures In The Garden Of Lady Walton 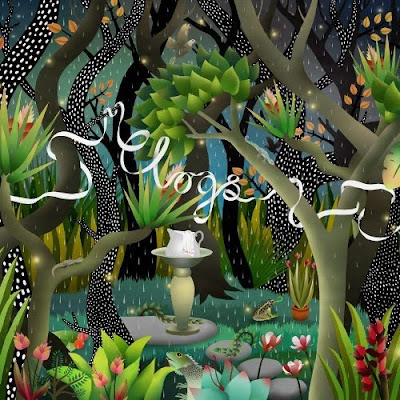 8.25 out of 10
Find it here.
Clogs are a sort of super group featuring members of The National, Sufjan Stevens, My Brightest Diamond, and a few others. "The Creatures In The Garden Of Lady Walton" is the group's fifth full length album, as well as their first where there is more of a focus on vocals. The First time I listened to Clogs was when I heard of a concept album they did for a "silent" film titled "Lantern", to say it took my breathe away would be an understatement (seriously listen to this). Needless to say I was very excited to hear about the next album of theirs, how could they possibly develop their sound even more than what they did with "Lantern"? They did, and then some. Within the floral tropospheres of "The Creatures In The Garden.." Clogs have not only expanded their sound ten-fold, but they have also pushed the envelope for Folk music in general.

Right off the bat when the music begins playing you will be reminded of Nico Muhly's latest magnum opus "Mother Tongue". Sampled vocals are looped and layered over other melodic vocals creating a "sort of" abstract heavenly encounter. After that the band goes to an instrumental track that is both precious and heavy-hearted. Nearly every track after that contains vocals that remind me of either Vashti Bunyan or Simon (maybe Garfunkel), seriously gorgeous harmonizing awaits you.. Speaking of "betwixt my heart" folk music, Vashti released one of the last truly great folk records of the new era, right after that release (maybe before??) would be this album. The songs are Classically structured, but they also have a contemporary edge which is unmatched by nearly all other Folk musicians out there today. The music was composed during a residency at Giardini La Mortella, which is a botanical paradise created by Lady Walton (the widow of the late British composer Sir William Walton) on the island of Ischia, which is near Italy. As for the sounds you will hear; strings (a full quartet's worth) are present on every track, precisely plucked guitars that sound both dainty and resolute, lingering horns, mischievous xylophones, and any/all other whimsical sounds you can come to expect from a truly masterful Folk record. I'm really smitten with this music, it makes me feel warm and it puts me in the mood to be closest with the one I love most (you know who you are;p). Music/art like this is rare, it's way better than you anticipated, and it leaves you wanting more.

This is one of the best Folk albums Ive ever heard. On top of that, it is one of the best releases 2010 will see. Get this now if Folk or organic music is your thing, I'm glad that Spring/Summer is upon us "The Creatures In The Garden Of Lady Walton" will likely make for a great soundtrack to the lazy afternoon hangouts on the porch with your closest friends/loved ones. Highly Recommended.

Standout Tracks: S-O-L-I-D from beginning to end. Cocodrillo, On The Edge, The Owl Of Love (nice track), Last Song, To Hugo (kind of reminds me of Coil), Raise The Flag (the strings remind me of Nick Cave and Warren Ellis' recent soundtrack works), We Were Here
Posted by Brent at 2:47 PM