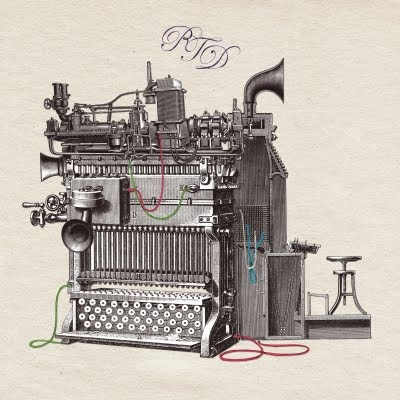 6 out of 10
Find it here.
A little while ago while looking at one of my favorite sites for great "underground Electronic" music I came across a band called Roll The Dice. The review for RTD stated that they were a Fever Ray off-shoot of some sort, so I immediately became intrigued and double-clicked my little heart out. Upon further listening I came to the conclusion that although the artist may have helped in the studio, Roll The Dice sound nothing like Fever Ray. Instead RTD sound more like John Carpenter, maybe Laurie Anderson or Terry Riley mixed with a little bit of Arvo Part.

This is the official debut recording from Swedish duo Malcolm Pardon and Peder Mannerfelt, but they are not new to the scene. On top of Mannerfelt's other moniker, "The Subliminal Kid", he also produces for and tours with Fever Ray. Pardon composes scores for film and television. Mr. Mannerfelt & Mr. Pardon shared studio space in Stockholm for several years, so it only seemed natural that they would finally decided to join forces and release something together. Every track started and ended in the same way with this release, there were no pre-conceived notions/ideas, but they had to complete a track by the end of each day, a kind of "free-for-all jam session" with a goal in mind. The synthesizer seems to be the main instrument that sticks out, but there are also other elements like odd white noise samples of some sort, a few mid-tempo pulsations, and of course the beautifully sparse piano compositions. I would definitely recommend this album to all Emeralds fans or people that really like to dissect sound while listening to it. The formula for Roll The Dice is pretty straight forward, piano + synths + nothing else (no computers) = a minimalists fan's dream come true.

Fans of synthesizer and/or piano work will be intrigued. If you are not a fan of either instrument this may be a difficult album for you to except, but given a little patience it may grow on you. Minimalism is definitely the key note on this one.

Standout Tracks: They all have a flow to them, I don't really have a "favorite" track per say, I like the album as a whole more..
Posted by Brent at 2:19 PM