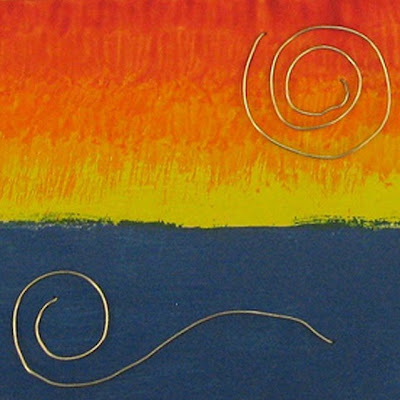 8.25 out of 10
Find it here.
About a month and a half ago an internet buzz started for an up and coming new Indie Electronic artist called Coyote Clean Up. The buzz was minor, but the effect it had/has on me was/is major. I've been listening to "Double Trouble Doo Doo Bubble", the debut CCU full length, religiously since I first laid ears on it. "Double Trouble.." is chalked full of dance tracks that bring to mind a "Lo-Fi DFA" melded with sexy chill atmospheres that bring to mind The Xx, and a few other electronic sounds that bring to mind Ghetto Hop or Dream Crunk bands like Phantogram or Sleigh Bells. Every track is EXTREMELY catchy and lethargic. With music that has the ability to put you in a good mood as well as tuck you in snugly before bed it really is hard to understand why there isn't a bigger buzz on this artist by now. Could it be because he's unsigned?

It seems more and more common these days for great underground artists to release mass amounts of free music online, get a small buzz going, and then unfortunately disappear (kind of). I'm hoping with Coyote Clean Up that the band continues to grow and mold into what could be one of the best Indie Electronic/Dance/Chill bands of the (20)10's. "Double Trouble Doo Doo Bubble" is an astonishing 23 track sampler of what is sure to be on repeat in a many an MP3 player in the next few months for anyone who takes a moment to listen to it. As far as I know this release is a bedroom release, I have my doubts on this being professionally recorded but don't let that put you off. Production can only take you so far, catchy comes from good writing and at the very least "creative" productions. Most of the sounds coming from "Double Trouble.." sound like that of an old dusty drum machine/Casio keyboard, a vintage acoustic guitar, and what sounds like a slightly broken down microphone. I also think the artist has utilized a Kaos Pad of some sort to add some interesting sound effects on a few of the tracks. I'm not sure why I should have to even try to sell this album to you, just give it a listen, IT'S FREE.

One of my favorite releases of the year, I've listened to it more than any other album I've purchased so far. HIHIHIHIHIHIGHHHHLY RECOMMMMMMENDED.

Standout Tracks: ALL (I dare you to find a lame track on this one), Can't Take The Full Moon, This House Boat Is Making Me Sea Sick, Toes 2 The Nose (LOVE THIS TRACK, Especially when the glitchy vocal sample comes in), Dumber By The Day (Neisz The Operator Dub), Hammering Time, Fxck Xboxxt Txmx (sounds like a video game on acid), Totally Twilight, Dumber By The Day/I Know Dude
Posted by Brent at 2:35 PM