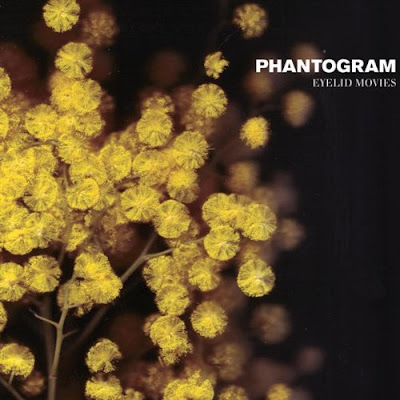 7 out of 10
Find it here.
I've been listening to "Eyelid Movies" for the past few months now and I've gotta say I still haven't grown tired of it.. Considering this is only the debut full length from New York's Phantogram it will be interesting to see where their career takes them. Phantogram is a duo consisting of Josh Carter and Sarah Barthel, they've been friends since junior high but didn't really form the band until 2007 (they were originally called "Charlie Everywhere"). As they are a young/relatively new band, their history is pretty brief so that's about all you need to know for now, that and with all of the internet buzz backing this project you can expect to hear a lot more about them in 2010.

"Eyelid Movies" is an interesting record that tends to genre hop, but for the most part leans towards the Electronic Pop side. Ms. Barthel takes the vocal lead on most tracks, but Mr. Carter also brings his style to the mix quite a bit. In-fact, that's one of the things I like most about this album, the vocals, although cohesive, tend to change up/alter fx on nearly every other track. Listen to the track "Running From Cops" to get a clear idea of what I mean by interesting vocal fx. Underneath all of the pleasing vocals lies a vast array of keyboard sounds, electronic samples, live drumming sounds, and some pretty rock'n guitar riffs. I am reminded of Pluramon, Ladytron, Pinback, and The Knife all at the same time when I listen these guys. A little Shoegazey/atmospheric, Electro-Poppy, avant garde(y), Jazzy (during a few moments), Psychedelic, as well as a little bit of Hip Hop thrown in the mix. For the most part the tone of "Eyelid Movies" is chill, but it's also upbeat and peppy at the same time. I think you'll like what you hear..

This is a really good start to a promising new act. If you like you're pop simple, with a few experiments in between you're gonna love this group. Recommended.

Standout Tracks: Mouthful Of Diamonds, When I'm Small, Running From The Cops (LOVE the vocal fx on this track), All Dried Up (good Gaze track), As Far As I Can See (love this track), You Are The Ocean (like the guitars), 10,000 Claps (nice piano track/album ender)
Posted by Brent at 2:49 PM