"..a bedroom producer out of Brisbane brewing some of the best Fuzzy-Warm-Loud Shoegaze around.." 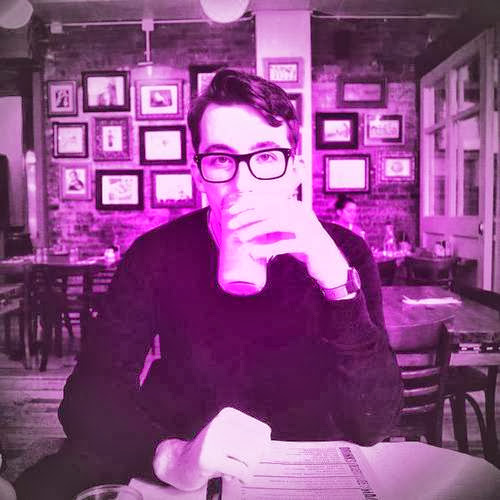 Kigo
Going Forward, Gazing Downward
Kigo Bio:
Brisbane based Shoegaze band. Kigo has been writing songs for longer than he can remember.  Kigo is a Shoegaze band that loves noise, reverse reverb, and the sound of a tremolo arm bending pitch.  Kigo plans to become more active over the next year, and aims to release a full length album by the end of 2013. From Dwayne (Kigo) "I write songs in my bedroom. They are recorded in my bedroom. I like dream pop and Shoegaze music mostly."

Hello, how are you?
I'm okay, just going through some changes in my personal life, but I'll be fine.

What or whom inspired you the most to begin this project?
I think what inspired me most to start this project would be going to New York at the start of the year, and while I was there I bought a new guitar. I hadn't really written guitar music in ages, so I was pretty excited to get started again. I was listening to a lot of Shoegaze stuff like MBV (obviously), and I wanted to have a shot at writing some Shoegaze stuff..

Is there a story behind the name?
I picked the band name because I love four letter band names. Something about kigo just jumped out at me, so I picked it. I really can't explain why I chose it.

Care to shed some light on your EICV7"; theme, favorite track(s), etc?
My favourite track from the EP is "Cold (Now Closer)". I'm really happy with the melody in it. And I love how gentle it is in comparison to my other songs.

What's next for Kigo?
I'll be releasing a full length album in November, then hopefully start playing more shows. I might take a break from writing for a while, and get back into it next year.

Got any other projects we should know about?
I currently have another side project called Afterwalker, I play bass in a band called Epithets, and I play keyboard in a band called J. Francis.

What movie would work best on mute while listening to you music?
I think something that is pretty dreamy, but at the same time heavy, and dark. Not really sure of a movie that fits that description. I don't really watch many films.

You can only keep/listen to ONE album for the rest of your life ..which album would it be?
'Pet Sounds' by The Beach Boys. An obvious choice, but that doesn't make it any less amazing than it is. It truly is perfect.

Are you living your dream?
I'm not really living my dream, but I do have a good life. Hopefully one day Kigo will be playing more often, and I can tour the world. That would be the dream for me.
Thanks Dwayne!
Kigo & EIC have something very special for you tomorrow..;]
Posted by Brent at 6:00 AM