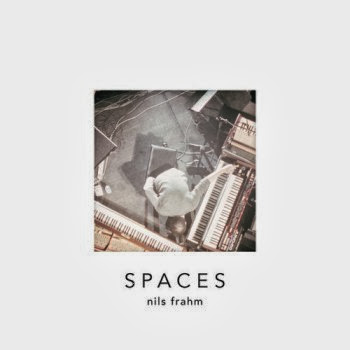 9 out of 10
Find it here.
In the past few years, I've made no secret of my unwavering admiration with anything and anyone that Erased Tapes gets their hands on. Lately, labels like Erased Tapes and Frahm's own Durton Studio seem to have cornered the Neo Classical market. Nils Frahm is arguably one of the hardest working people in this realm. He's been touring non-stop with his Erased Tapes brethren, Peter Broderick and Ólafur Arnalds. When he's not touring, he constantly seems to be recording. Even while recovering from a broken thumb last year, he recorded an album and gave it away for free as a reverse-birthday gift to his fans. This year, Nils is back with an album concept that sets out to "truly reflect what [his fans] have witnessed during his concerts".
The main idea of 'Spaces' is to capture Nils' love of experimentation during his live shows that he normally doesn't shoot for in the studio, so it only makes sense that every track here is an actual live recording from one of his shows. Six out of the eleven tracks are previously unreleased adventures that have somewhat become popular and often requested staples in his setlists. The other five tracks are longer, "grown-up" versions of songs from previous albums. Not only is this a new album, but it's also sort of a live/best of, that quite accurately showcases basically everything Nils has previously offered in one album as opposed to his other albums that pretty much stick to one type of sound. While the main motif remains the almighty piano, Frahm dips his toes into the electronic pool from time to time. But anyone who has been to his shows can tell you, he doesn't hesitate to jump in head first during his live shows. The track entitled "Says" is a self-proclaimed "meditation of repeating synthesizers, which peaks in a multitasking exercise including all instruments on stage". This track emulates the likes of French Electronic pioneer Jean Michel Jarre. On the other side of the spectrum is simply just him and his piano, of which there is no shortage. But on this album, even that is never just that simple, he really goes above and beyond in concert. If it isn't backed by synth, it's often a quasi-improvisational medely consisting of several tracks.
When introducing a musician to someone for the first time, 99% of the time I recommend that they start at the beginning to fully grasp the artist's roots and maturity. For Nils Frahm however, this album perfectly sums up in one masterpiece all that hes as offered and would be an extremely adequate starting point. For old or new fans alike, 'Space's (#19) will arguably be praised as Nils' best work yet.
Standout Tracks: Says, Over There It's Raining, & Unter-Tristana-Ambre
Posted by Brent at 5:35 AM