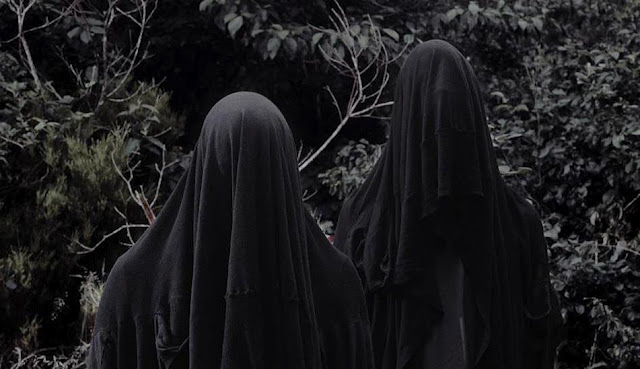 Castratii
Dark Tales From Down Under
Castratii Bio:
Wind. Rain. Mist. Whispers. Secrets written in blood. Sliding doors in parallel universes. Castratii are a paradox, a wonderful vision of a life that might have been, and still could be. Enveloping shrouds of ambient musical strands, woven together into a swinging bridge that hangs over a chasm of endless possibility.

What are you currently listening to?
Over the last couple of months we've been listening to a lot of music. Here's some that have been on high rotation; Coil 'Horse Rotorvator', Silent Servant 'Negative Fascination', Dead Can Dance 'Anastasis', Peter Murphy 'Deep', Tricky 'Pre Millennium Tension', Morricone 'The Mission', Goreck's 'Symphony No 3.', Bowie 'Outside', Talk Talk 'The Colour Of Spring', Xasthur 'Portal Of Sorrow', Vatican Shadow 'Kneel Before Religious Icons' and more.. Recently we picked up the latest Andy Stott record, which we love.

Whats with the band name?
We take our name from 16 century soprano males, the Castrato or "Castrati" as they were known. Basically it's a male that has been castrated before puberty to retain a pure soprano voice. The horror of such an act, purely for music is insane and pretty special at the same time.

When did this project come about?
We have been writing and producing music and art for a long time. We self-released some early material in 2009, 'The Music of Chance EP'. Following this releases we spent a solid 2 or so years writing and recording 'Eora'. We wrote about 25 tracks for the album but felt that the 7 that make the album best represented what we set out to do which was capture our ideals of the Australian landscape, it's history and the vast expanse we call home... most of the time.

Care to tell us a little bit about 'Eora', themes/personal favorite track(s)?
The idea was to create a record that reflected our country, the landscape and the history. Not so much a concept record but an album that felt like the soundtrack to a place. We don't want to single out tracks as we hope the album works as a whole but there are certain parts that we like best, the ending of "Monolith", the middle 8 in "The Hanging", the guitar break in the title track. Liela's voice is also a part of the record that we love.

Any plans to tour for said release?
We are currently recording a follow up release in LA, probably an EP. We will then hopefully begin playing live in the later part of 2013. We're talking about it now. It should be good but we will work on some lighting and additional things to make it worthwhile.

Got any other projects we should know about?
We worked on this great TV show called 'Watch With Mother'. We did the soundtrack with our good friend Jack Ladder. Check it out here: http://www.watchwithmother.tv  We also contributed some beats and drones to an Australian Contemporary Opera called 'Confined'. Our friend Barton Staggs, who is this fantastic Australian composer asked for some abrasive beats and guitar drones so we happily obliged. Check it out here: http://confinedopera.com  There is also something that we'll be working on next year that is going to be strange and extreme. It is a subliminal art project, working in socially disaffected areas of Australia. We're working again with Jack Ladder but that's about as much as we can say about that at this point.

What movie would work best on mute while listening to you music?
We tend to work as though we're making the soundtrack to an imaginary film. There are very distinct images that we try to write against, but seeing as that film only exists in our heads we'll say 'Wake In Fright'. It's an Australian film from 1971 that shines an unfavourable light on rural Australia.

You can only keep/listen to ONE album for the rest of your life ..which album would it be?
That is a tough question but we'll say 'The Downward Spiral'. That album continually offers new ideas and sonic landscapes that no one has really come close to touching.

Are you living your dream?
Not so much living our dream, maybe just living in a dream. We sleep very little so most of our day to day is pretty surreal. It's been a great year and we're completely filled with gratitude that our music means something to people. It's beautiful and inspiring. Thanks for taking the time to listen.
Thanx Tim & Castratii!
Castratii are currently laying low/working on a follow up EP/possible tour, til' then...
Posted by Brent at 10:07 AM