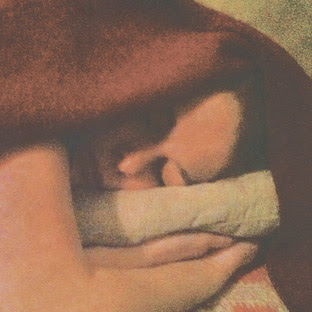 7.25 out of 10
Find it here.
Bryter Layter are an Ambient (side) project consisting of a couple veterans in said field. Joseph Raglani (Kranky) and Mike Pollard (Arbor) met each other at one faithful probably awesome/cosmic event/music festival and have since then remained in-contact sending each other random tracks. What began as a tiny concept grew into a finalized release. The final product (one of a few actually) being 'Two Lenses', which is their first LP and quite possibly/sadly maybe their last..:[
'Two Lenses' begins with a droney piece that could easily fit in on any Stars Of The Lid album. A little spacey and dark, a little melancholy and organic. Throughout the album's entirety a spacey vibe lingers, all the while highly influential sounds peak their heads in-between the haze. Sometime SOTL, sometimes Eno (his Ambient side), and sometimes Jarre (only in slow-mo). As far as I can tell mostly synthesizers are used, but in a most "un-robotic" way, I really can't stress "organic" enough. The entire album gives you the sense of riding a slow moving asteroid though a star-bursting galaxy, all the while a tiny plant is blooming and blowing amidst a synthetic breeze right next to you. This plant is your friend and your savior, let it grow with you, and let it guide you.
Nice chill background tones, good for focusing and challenging your senses.
Standout Tracks: First Light, Second Light, Closing
Posted by Brent at 4:15 PM