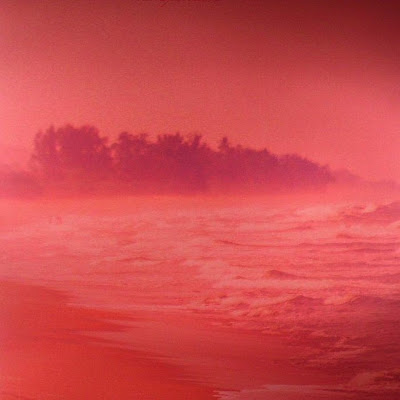 I don't remember where I stumbled across Vindicatrix, but I can certainly tell you it's been a torrid love affair ever since. Vindicatrix is what you (probably) might get if you matched Scott Walker with Peter Christopherson (with maybe a dash of Ike Yard too--whom they've played shows with). Very expressive-dramatic vocals, with dark & peculiar maniacal-mechanical loops, drones, and post trance-dustrial beats; Vindicatrix may not be for most, but for people that know the names I mentioned above (or just love macabre things in-general), you-will-LOVE-this.
Not just your "average" random factory dins, bizarre-twisted sampling, scary vocals, and obstructed beats make up 'Mengamuk's' sounds, in-fact an extremely (bleak) commanding-theatrical presence is what really makes this album standout as a modern day "album before it's time" masterpiece. 'Mengamuk' is actually D. Aird's second release under this moniker (yes, his previous release is awesome too), in my opinion it's his best (so far) but only for the stronger production values. Other than that if you appreciated his previous release you'll certainly love this one. Gawd, I bet this would sound amazing live..(in pitch-blackness) Hey D. ..come play a show for me?
Dark-Experimental music is or isn't your bag, it is mine (seriously, I live for it.), in-fact..'Mengamuk' made this list, so yes, I would strongly recommend you get into this guy right-now, his portfolio is about to blow up with offers I'm sure..
Standout Tracks: Truceless Warfare, Makan, Only Flashes (What Was The Nature Of The Catastrophe), Runaway Prey (yes./so f'n good)
Posted by Brent at 5:06 PM