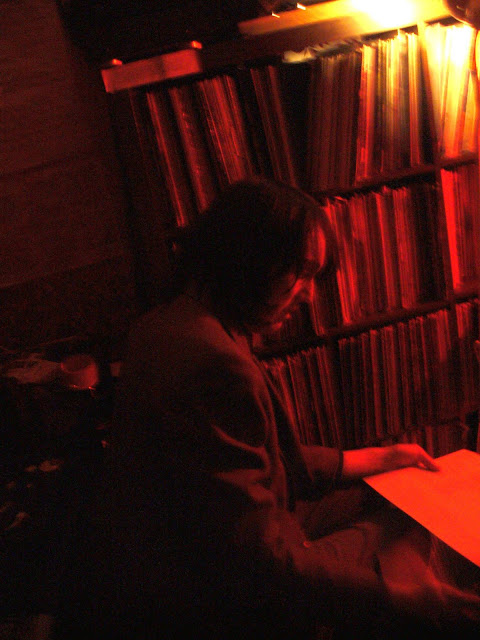 Vindicatrix
Melodramatic Macabre Drone
Vindicatrix Bio:
Love after dark and picnics in parks und ach sein Kuss!  Scott Walker…Software…Stevie Wonder…Schubert, Webern.  ‘Twas but a short step from the divinity school over to Leipzig and to music, that I solely and entirely then busied myself with figuris, characteribus, formis conjurationum, and what so ever are the names of invocations and magic. You must not keep the night inside you; you must immerse it in eternal light. On a distant planet in the jacking zone that also is on fire.

Hello, how are you?
Not too bad

What are you currently listening to?
Leo Panitch talking about how nation states have helped support post-war global capitalism and protect it from successive crises.

Whats with the band name?
Its the name of a ship that came up in a google search when I was setting up my first myspace. I didn't realise at the time that it is the feminine word for "avenger", which I quite like.

Whom or what are your biggest influences when it comes to sculpting your sound?
That's a big question! I guess technology has to come first - I've been fiddling about with music on computers since I was like 9 or something. Having a musical education as well has probably had a big influence. Listening to the Associates and Billy Mackenzie taught me not to be afraid of sounding ridiculous. Dancing to techno also changed everything.

Care to tell us a little bit about your latest LP 'Mengamuk', theme, favorite tracks, etc.?
This doesn't really tell you much but is the best I can come up with: "Amok, in its restricted meaning as a psychiatric syndrome, was defined in 1951 ... as "an acute outburst of unrestrained violence, associated with homicidal attacks preceded by a period of brooding and ending with exhaustion and amnesia." (Yap, 1951) ... Amok, in colonial psychiatry, is pathological, impulsive or instinctual, and developmentally primitive, a form of wild, uncontrolled - and exotic - antisocial behaviours. And it is often seen to be caused by an overwhelming emotional response to frustration and humiliation. Analyses of the sources of mass violence in the news [reporting on Javanese riots] in 1997 often drew on a similar logic...The presence of the term amuk or mengamuk in the popular press reports on the violence...thus served to naturalize a reading of mass violence as pathology."(Byron and Mary-Jo D. Good, 2010)

Any plans to tour the US for said release?
I'd love to but unfortunately I don't quite have the resources!

Got any other projects we should know about?
I play tuba in a brass band called Brassroots and a band called Malphino that do Cumbia, Latin, italian soundtrack stuff and others. I'm currently working on a remix for Red Stars Over Tokyo and trying to assemble material for some 12" releases over the next year. Also, I sang on Black To Comm's latest release 'Earth'..

What movie would work best on mute while listening to you music?
Youtube video playlist of Joe Claussell DJ'ing

You can only keep/listen to ONE album for the rest of your life ..which album would it be?
Something huge and sprawling and complex that I don't know too well I guess so I wouldn't get bored...maybe a box set of the complete Bach cantatas - is that cheating? I think if I had to listen to any one album for the rest of my life I'd end up hating it.

Are you living your dream?
Not really! But my dream involves some kind of post-capitalist utopia, and fluency in numerous languages, ancient and living, and a lifetime's supply of fresh herring and fine scotch, and the ability to play burning klezmer clarinet solos, and other such improbable outcomes.
Thanx D!
Vindicatrix is currently touring in Europe (a few shows here and there), please tell him to cross the seas and play here now;]?
Posted by Brent at 5:06 PM