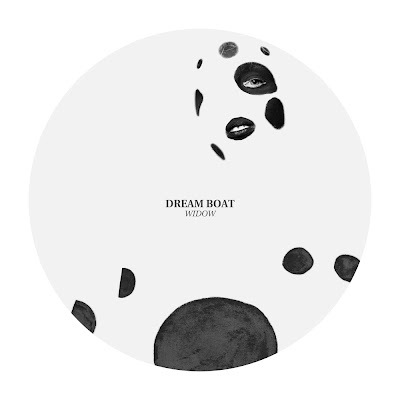 8.75 out of 10
Find it here.
I (everybody actually) talk(s) a lot about Witch House/Drag/Ominous Electronic Atmospheric artists these days, recently I was thinking about why this genre is so perfectly engineered for me.. My adolescent beginnings with music were a bit more aggro/angsty mixed with (always) dark & weird. I maintained my love for the dark and weird part, but I've since then mellowed out a lot (quite a bit actually). Probably my teen years exiting my body while my grumpy/tired old man years enter..(you kids stay off my lawn!) ::ahem:: soo Witch House/Drag just makes sense, being that most of it is indeed "dark and weird" but also mostly mellow and hallucinogenic. One of my favorite artists of all time (probably mentioned about once a week around these parts:) is Coil, and to me this ever growing "Drag circuit" is a product of them specifically. That's going on a whim I know, there are a lot more "Experimental Electronic Dark bands" before Coil, yes but there were none that did it better. And now, because of Coil's ginormous impact on my life, music's life, and many more (I'm sure of it) today's Arcane Atmospheres are tomorrows adored nostalgia morphed into something all its own..

I'm not gonna pretend like I know a lot about the enigma that is Dream Boat, all I can tell you is that this band (two people; Lucy & Sina) were indeed "built" for my ears. Up until this point Dream Boat have only released a handful of (mostly FREE) EP's. I was intrigued by said albums, but it wasn't until 'Widow' that I knew how much potential this group truly has. 'Widow' is more than just one of the best Drag album's of all time, it's transcending another universal platform through Gothic parallels. As dark as you leave your earthly realm is as dark as you will voyage into a surreal ambient (sort of) bleak vortex.

This is one of those albums where the artwork speaks miles for the music. Witch House coven have been soaking this one in for a bit now, now it's your turn. 'Widow' is hands down one of the best albums of 2011.

Standout Tracks: Widow, Poppies, Imissu, Southern Down (sounds like a "Gothic Grouper" (kind of)), What You Saw
Posted by Brent at 7:23 AM