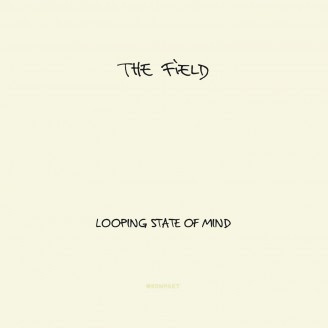 7 out of 10
Find it here.
Not really sure what I can say about The Field that hasn't been said by now. I guess I can begin by describing the sound real quick (for those of you that live underneath an internet-less rock); take equal parts Trance (ala Glass and/or Reich) add a dose of Modern-Minimal Berlin sounding Techno, a few acoustic sprinkles and there you have it. Each song has it's own repetitious loop layered intensely throughout that evolves into a thick pool of dense psychedelic euphoria. C'mon, you've had to come across The Field by now right?

I figured you had, you're just curious about my opinion at this point. 'Looping State Of Mind' is Mr. Field's (Axel Willner) 3rd proper release. On the first release The Field was slightly more ambient/acoustic, on his second release (my favorite) the sound was more fast paced/dancey & electronic, and on this one he combines the those two concepts (its the kind of evolution that only makes sense). I've already seen a few critics out there calling "Looping State.." his most accomplished album to date, I can't exactly say I agree with them though. I like this album a lot, it's a very "forward thinking" album (as usual with The Field), but I wish the synths were turned up and the acoustics down (just a little). Don't get me wrong, it's still a solid experience from beginning to end, it's very neatly/tightly produced and well polished. "Looping State.." is even a little more complex/less repetitive than his previous work, but honestly, that's what I loved about his music so much. I'm a huge Philip Glass fan, so hearing that form of delicious repetition transcribed into dance music always does wonders for my ears. Still though, this is The Field doing what he does best, which is taking "simplicity" and stretching it out and remolding it into something so much more beautiful than what it could be if there was only one of it.

A great/"must own" electronic album for fans of Trancey upbeat bliss and/or the night scene.

Standout Tracks: It's Up There (don't stop. ...), Burned Out, Arpeggiated Love (past the 5:00 mark is when you really start feeling "it"), Looping State Of Mind (perfect song)
Posted by Brent at 6:07 AM