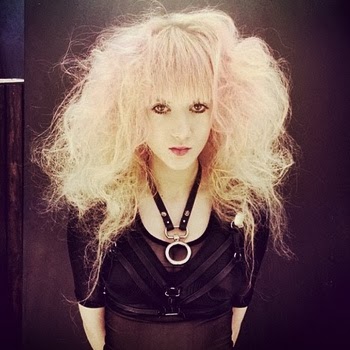 I've only just recently begun my adventure into Yöri's audial dream world. In-fact, since September I have been listening to Yöri's music on repeat. The first release 'Capsule' (a name your own price album;) was something I found very hard to put down. The wait in-between that release and this one; 'In Dreams', was very short, I found it nearly impossible to give either release all the full attention and time they really deserve. Don't get me wrong, I'm not complaining, I just feel like if the rest of the music world could just pause for one moment while we let Yöri do her thing amongst the silence..something magical would happen.
My previous comparison of "Bjork does Witch House" still stands, only on this release however Yöri focuses on even stronger (Electronic infused) compositions that almost lean toward (a familiar-sounding) Trip Hop territory (think early-mid 90's) which makes 'In Dreams EP' sound more about the mystical than the sinister. A proper follow up indeed though, between this release and her last I'd say Yöri has her sound down, and it definitely doesn't hurt that H3X3N produces. I'm eagerly anticipating the first official LP.
One day (soon maybe) lots of people will be talking about Yöri's music. Why not just start your obsession from the beginning? Highly Recommended.
Standout Tracks: Indigo, Bad Wolf, Limbo Lounge
Posted by Brent at 4:25 AM