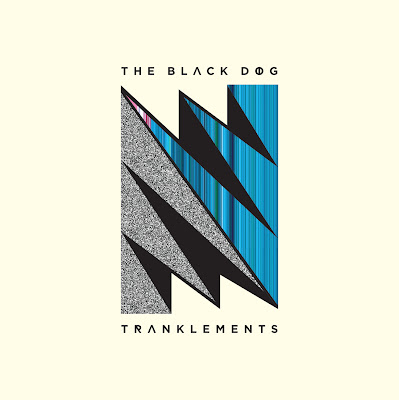 Listening to The Black Dog is a peculiar experience. While their name is often synonymous with the IDM movement of the early 1990s– and they indeed are among the prominent revolutionaries the genre – their music has always defied simple classification, dwelling in an uncanny space between the luxurious, anthemic Futurist-Funk of Detroit Techno (“Chase the Manhattan”) and the sparse, hypnotic Minimalism of Berlin Techno (“Single Light Focus”). Yet, this has never gave their work a disorienting and alienating affect. In fact, it is precisely because of their ceaseless experimentation that, twenty-four years after their formation, The Black Dog remain a staple of contemporary Electronic music.
On their newest album, 'Tranklements' – their first since 2011's 'Liber Dogma' –, The Black Dog extend their idiosyncratic style into even more uncharted territories. Present here are some of the  streamlined qualities reminiscent of their earlier, more conventional work: the tightly looped 4/4 sequences (“Pray Crash II”), the gauzing melodies (“First Cut”), and the softly reverberant beats (“Internal Collapse”). But more often than not these elements form the backdrop; driving the greatest moments here are the subtle micro-tonal experimentations. Most songs begin with a single rhythmic theme, off of which builds a well-disciplined economy of sounds that tease apart any sense of linearity or progression.  “Hymn for SoYo” opens with an unrefined organ melody, which over four minutes is slowly recessed and submerged against layers of clicks, fuzzes, and colliding half-sequenced arpeggios. “Spatchka” features free-flowing synth melodies, moving in and out until converging into stunning harmonies. There are moments that these experimentations feel ultimately out of place and disruptive – like the four arhythmic and amelodic “Bolt” tracks, ranging from 0:20 to 1:18, which cancel out any sense of coherence in comparison to the rest of the album – but overall this album's daring inventiveness is nothing but sweet candy to the ears.
This music crawls underneath your skin, and pulses through your body. It infects your senses, and transports you straight back onto those dance floors when Techno still felt fresh and exciting –  a feeling rarely achieved by most artists of the genre today. Highly recommended.
Standout Tracks: First Cut, Spatchka, Hymn For SoYo, Atavistic Resurgence
Posted by Brent at 10:18 AM