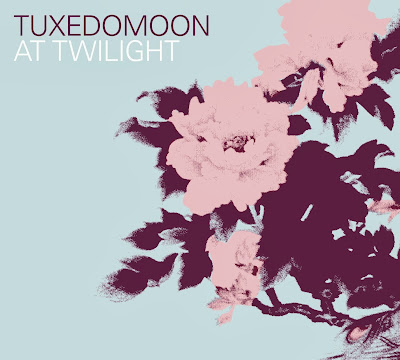 Where to start with Tuxedomoon.. geez, this sounds like a large task. Tuxedomoon have been making music since the late 70's. I guess you could say they emerged/evolved from the short-lived (but excellent) No Wave movement. The thing with Tuxedomoon though is they didn't stick with one particular sound, they invented their own instead. They shortly disbanded, then re-banded, they are currently still together scoring many tunes worthy of your time. I won't lie to you though, it may take a particular set of ears to truly "get this"/feel the way you're supposed to feel when you listen to/focus on truly mind-blowingly intelligent-obscure Pop magnificence, but I believe every one should take an audio adventure into extra ordinary/unique realms (at least daily) with open heart.
Somewhere between Artsy/Post Gypsy Pop, Experimental Dark Jazz, Industrial-esque No Wave, beautiful Classical compositions, and creepy to crooning vocals; Tuxedomoon's 'At Twilight' is a terrific collection of early singles/"lost b-sides"  that is sure to please any hardcore weird music listener. I have a hard time picking a favorite Tuxedomoon release (either; Half Mute, Desire or Holy Wars I think..), which is why I recommend you start with 'At Twilight' to experience where Tuxedomoon's (always evolving) genius began. Just, for gawds sake, please begin your obsession over these guys already (I have and I feel like a better person after doing so..).
One of of my favorite bands of time, no seriously, of all-time. This and any other TM release will always by HIGHLY RECOMMENDED by EIC.
Standout Tracks: Again, Time To Lose, Music #2, Blind, The Cage, Shelved Dreams, The Ghost Sonata, Weihnachtsrap
Posted by Brent at 6:24 AM