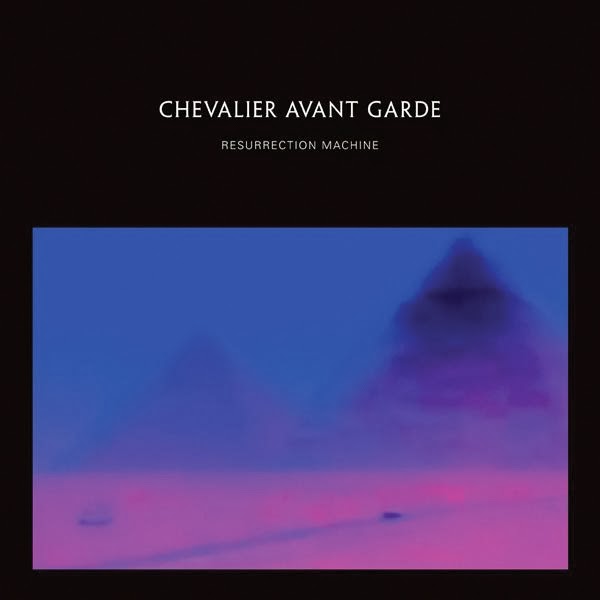 Unless you're one who generally ignores internet ongoings in the music community (which you don't, cuz you're here), there is no way you haven't come across this group by now. Chevalier Avant Garde have been indulging us with their unique talent for making obscure-Experimental Indie/Pop Electronica for a few years now. There's been many a singles and various tracks that have more than pleased the palette, but I believe they hadn't reached their (one of many) peak(s) yet, until now. 'Resurrection Machine' is a consummately crafted Indie Pop album with sufficient amounts of sonic experimentations and forward thinking writing style. I challenge every listener not to find at least 1-2 tracks on here that you couldn't appreciate and/or obsess over.
'Resurrection Machine' is (I believe Chevalier Avant Garde's second "official" full length. As I mentioned before I appreciate older CAG work [quite a bit], but it wasn't until this release that I fully realized the potential of this project. Within the walls of 'Rsurrection Machine' are yesterdays Alt-Pop sounds (think 90's) mixed with more than a few "Eno-isms", a dash of Club/Dance music (think 80's), and a bit of Minimal Psychedelia (think about it).. Every song sounds different from the next which allows every listener to find st least one track they will lean towards. Just chill and let Chevalier do their thing, you'll be bobbin' your head in now time;]
"Give it whirl, I did and I don't regret it" Recommmended®
Standout Tracks: Honey Falls Apart (this reminds me of MBV meets SDC), Return, It Makes Me Crawl (LOVE-LOVE this), Killing Fields, Rose Rider
Posted by Brent at 5:53 AM